Each week, author and poet Y.S. Fing looks at the state of baseball, the movements of the game, the ebb and flow and soul of America’s pastime in Roaming the Outfield. This week: “Ascetic Ideals and the Will”

I know that Nietzsche can be very hard to read and understand. It’s also hard to interpret him concisely. That’s why I think baseball is a useful prism through which to examine some of the deeper philosophical ideas an inquiring mind encounters. In the Third Essay of The Genealogy of Morals, called ‘What is the Meaning of Ascetic Ideals?’, Nietzsche concludes, in the 28th section, with as powerful a page of writing as one is ever likely to see.

In the first paragraph he says that existential questions and the experience of suffering challenged the human will. Why should I exert myself if everything is for naught? In the second paragraph, Nietzsche said, the ascetic ideal gave the answer, “In it, suffering was interpreted…” Once suffering could be interpreted, then “…the ascetic ideal offered man meaning!” And once there was meaning, man could safely assert his will in action, and at least learn from failure and the suffering the assertion may cause, to be better prepared for the next time. 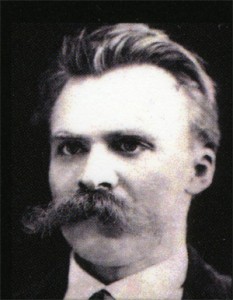 In this manner, Nietzsche continued, man “…was henceforth no longer like a leaf in the wind, a plaything of nonsense… the will itself was saved.” People could confidently make an effort in the world. Nietzsche lets us know that there were numerous negative effects of the adoption of the ascetic ideal by European societies, “but it is and remains a will!” By accepting and utilizing our suffering, we gave our will supremacy, the power to act in spite of existential doubt.

Nietzsche summarized the crux of the matter, and thereby afforded humanity hundreds of years of cogitation, “…man would rather will nothingness than not will.” Oh, boy, that’s a big one. But that’s why I want to use the lens of baseball, to bring a vastly abstract notion into real terms.

For a baseball player on, and a fan of, a truly bad, or in the case of the 2013 Washington Nationals, a woefully underachieving, team, the ascetic ideal assures them that even failure will find redemption, if only they can learn from mistakes and failures, if they can improve. Baseball is philosophically organized around this concept – that every new day brings new competition and opportunity to assert the will. And all the players are asserting their will as much as they can (and perhaps sometimes too much), in order to take the day.

It’s a long grind, and when doubt creeps in, and mental errors are holding the team back, then a manager (for example, Davey Johnson) might rue spring training predictions like ‘World Series or Bust.’ Not prone to regret, he might be sorry that he’s had to wear the words like a heavy stone through the course of a dangerously off-kilter season thus far.

But then, since the manager (and here I’m thinking of Davey again) has to continue to manage through the fading hope of a short second half of the season starting with a six-game losing streak, and since the goal still is, and still should be, the World Series, then the manager might still use that spur to say, “Despite the doubts and the failures, this team is still strong, this team can win. Let’s start winning some games.”

For myself, I don’t doubt Davey Johnson’s Nietzschean insouciance. I believe that the stars are still properly aligned for a Nats World Series visit, if not victory. They are still young, even if Davey must go riding into the Hall of Fame sunset without a second ring. But at the end of July, they called to my mind a wobbly wagon. They could come in 4th place in the NL East.

They must find the will to correct that wobbling. Harper-Rendon batting one-two could be a great move, but Harper, like Strasburg before him, is carrying more weight than he can carry. All the batters seem caught between aggressiveness and selectivity at the plate. After weeks of watching them score two or fewer runs against pitcher’s with 5+ ERAs, I found myself saying, in early July, “They make mediocrity look good.” Not much of a compliment, and not really meant as one. They fired the hitting coach, and it hurt Davey, who had previously said, “You may as well fire me too, ’cause we share the same philosophy.”

So, what is going to happen over the next months is that Davey’s will is the hub of the wheel, and if his players are able to loosen up, to internalize Davey’s will to nothingness, they will succeed. It’s death or glory, World Series or Bust. But if the team as a unit is unable to align themselves to Davey’s advanced mind and daring 3-run homer approach, then there will be a new issue to resolve next year – the play will have to get a bit smaller. And they’ll have to find a manager who is not so Nietzschean in his assertion of will. Someone whose relative youth can sustain some rigidity of character (here, I’m thinking Ryne Sandberg).

After miserable series failures, (for example the unconscionable inability to get Strasburg the win on Wednesday, July 24th. No pitcher in the MLB for the last 113 years has lost a game with this line – 8 IP, 1 ER, 2 H, 0 W, 12 K – until last night), both going into and coming out of the All-Star break, the Nats are out of synch and surely pressing. I’ve witnessed the absolute futility this team is exhibiting, La Roche, Zimmerman, Span, Lombardozzi, Stammen, Storen (!!!), Davey. They all need to figure out how unified and productive this Nats team is going to be. How good is Davey at coaxing magic out of his players? How good can they become at hitting three or four singles, three or four times per game? As a fan of baseball, and of Nietzsche, I’m intrigued.

And tormented. I suffer, but I have, thanks to Nietzsche, the ascetic ideal to give me hope, to keep me believing, to interpret my suffering into knowledge and the will to continue and to succeed, eventually. Or bust, but I would still have asserted my will.

Y.S Fing loves baseball the way that his parents wish he loved Catholicism.