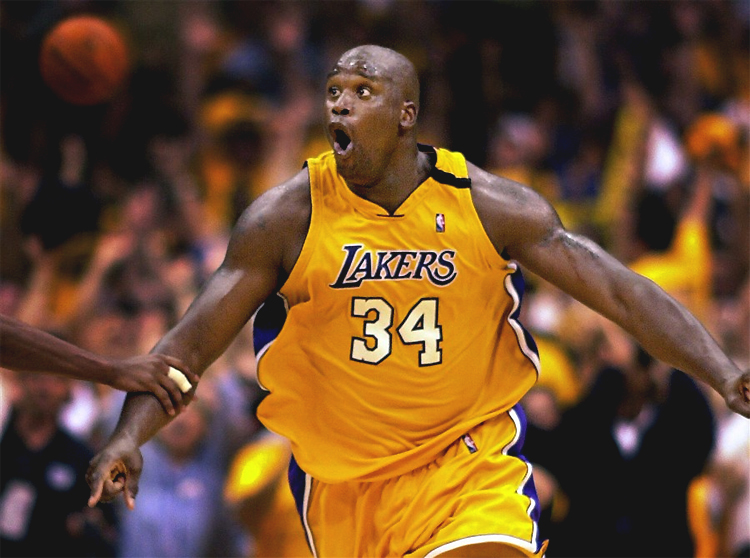 Thirteen years ago, I graduated from college well schooled in feminist documentary, hand-made super-8 films, and the lesser known works of the Italian neo-realists (I mean, everybody’s seen The Bicycle Thief, right?). I was perhaps not super-employable. But, infused with that particular naive, pretentious idiocy of the media studies major, I set out to make my mark on Los Angeles.

It was obvious: I would champion and create small jewel-like art films, proving once and for all that there could be a female gaze in cinema, and thus change the entire culture of the film industry with the power of my moxie and my deconstructive abilities alone. (Spoiler: this did not end up happening.)

I did, however, touch greatness.

It so happened that I hitched my star to a group of champions, men in whose aura of swaggering superiority I basked, even as I toiled and flopped, as if perhaps their success might just rub off on me. My disaster of a post-college year is forever intertwined with those winningest of winners, the unstoppable 2000 NBA Champion Los Angeles Lakers.

At the time I lived with my college boyfriend and another guy in the part of Hollywood where kids with big dreams get off the bus, and where they wind up when those same dreams get the boot heel. As it stood, I was more or less living as both.

Most of my post-work waking hours were spent stoned on a couch with stapled upholstery cursing at the screen as Jennifer Love Hewitt walked absently through a series of made-for-TV movies. Nearby was a six foot bong named Appolonia. Our diet was 80% In-n-Out burgers and burritos, 20% beer, which is unfortunate solely for the 30-pound weight gain because, Dear Reader, Benito’s & double-doubles will never be among my myriad regrets.

I did a lot of partying, but not much celebrating—ecstasy stopped working, boozy nights often ended in tears, and Appolonia and I finally had to part ways after a very vivid hallucination of the devil in my toilet. Work beckoned. Things weren’t going so well.

Personally, basketball for me had been a pretty limited affair: one season as manager of the Boys Varsity at my small, athletically challenged high school. I’d only taken the job for the coveted PE credits (the alternative being faking four months of debilitating menstrual cramps), and certainly not out of any great love for the game. Still, I’d come to enjoy keeping the stats, learning the rules, and cheering our struggling Lancers’ very occasional successful play. A year in, I thought I knew basketball. But I did not. What I had experienced was a taller-than-average passel of boys who could not hustle, double-team, or dunk.

What I would come to find, and embrace, was the Lancers’ antithesis—the Lakers, all triangle offense, impossible alley-oops, and unflappability. There was a pre-sexual assault Kobe – terribly cocky, terribly talented—and his brilliant but fraught combination with the gargantuan Shaq, who despite a free throw Achilles heel and comical lack of speed (and rapping ability), still couldn’t seem to lose. There was stalwart Derek Fisher, ‘Shaq-Shaq Redemption’ co-star Brian Shaw, and the ever-under-appreciated Glen Rice.

My favorite was beloved, ever-reliable Robert Horry, “Big Shot Rob,” the man who made the shots at the most crucial moments with the most otherworldly calm. And like everyone else, I never liked Rick Fox.

It was a good time for an introduction: Lakers games with friends at the beginning of the 1999-2000 season, which the Lakers, after a 12-year dry spell, would dominate on their way to the NBA championship. Phil Jackson had just been hired, they’d just moved into the Staples Center, and I was a newly minted superfan. In those darkest millennial days, when I was flailing and failing in all other areas of my life, it was easy to become obsessed with a team who had become unstoppable. I watched every game, I studied the stats and argued technique, I talked trash with panache. Faced with failure, embrace dominance. What exactly is the problem?

Truthfully, I’ve never much cared for teams that swaggered with the entitlement that comes with lots of money and success (see also Yankees, New York); I always preferred underdogs (read: Mets). But here is an ugly but accurate truth: it is much more fun to be on the winning side. It’s not even close. No, it doesn’t feel as righteous, nor as precious, and it mostly makes you an insufferable jerk (see again: Yankees), but it also spares you from the pain, injustice, and disappointment that come with loving a losing team that just keeps losing and losing. And frankly, I just couldn’t handle any more losing. Maybe that’s how it happens. When everything else in your life seems destined to disappoint, identify with winners. Is it an accident the Yankees play in the Bronx?

There, on the Lakers court, were men who knew not only how to play, but how to win. I wanted to win, to feel like part of something successful, and if that meant nestling into the sweet, smug, over-tanned, enhanced bosom of Lakers fandom, then so be it.

Accounts of a fan’s love for a team or a player are part of our culture. Think of Nick Hornby’s “Fever Pitch,” for example. But there’s a reason these capture our imagination. While sports are a collective activity — watched in groups of thousands and millions and recounted as shared stories — each person takes away from an event or a season her particular memories of it. The moments she shares with others are hers, in the end, and my associations with a Shaq dunk or an Horry three are not transferable. In the end, they are mine. It’s one of the reasons that sports remain such a huge part of our lives. We experience all things as individuals, even in an arena of 20,000 dressed in purple and gold. We walk away from a game as a participant. For me, the 2000 Lakers were my team and my moment. It was ‘us,’ not ‘them.’

That season, our season, the team’s momentum nearly swept me up and over my own inertia. Tasked with spending three hours a day on the 405 in order to spend five minutes in the lobby of CAA, at night I watched the Lakers win 31 of their first 36 games. In real life, I was terrified of the ambitious, orange, siliconed young Hollywood with whom I was supposed to be networking; but at night, in the land of Lakers fandom, we were united.

Together, the Lake Show and I fought through the Kings and the Blazers.  Against the Pacers, we survived Kobe’s injury and that brutal Game Five (the Lakers’ worst Finals loss in 15 years). At a Game Six party, surrounded by friends and fellow Lakers fans, all decked out in our gold and purple, all laying into the Pacers with the same derisive authority with which we attacked Brian DePalma, I was happier than I’d ever been in Los Angeles. And it wasn’t because of a script. Instead, my heart burst with Horry-love as he re-energized the 4th quarter, I jumped up and down as Kobe and Shaq took over, and I shrieked and hugged with abandon when we won the game by five. We had done it: them and me.

The Lakers went on to win the next two championships, but they did it without me. I moved on to Oakland, then grad school in New York, where I started a new life as a writer. I still watched basketball occasionally (though I certainly didn’t become a Knicks fan), but the Lakers never held the same appeal. Maybe it was Shaq, Phil, and my beloved Robert Horry leaving, or maybe it was Kobe’s ballooning ego and those pesky rape accusations (admittedly, that may have been the end), or maybe that the Lakers are generally reviled on the East Coast (or really anywhere outside of L.A.).

Or maybe it was because I didn’t need the Lakers to give me vicarious victories any more. I let them go, and they became what they were: evermore swaggering, grossly cocky, and even more associated with Hollywood’s celebrity culture. I am embarrassed sometimes for having ever loved them; like discovering your idealized high school crush was really just a massive, underdeveloped douche.

But when I had needed it, the Lakers’ overblown confidence was my own, and I know there are plenty of people who still need it, whose daily lives—whether they’re tantrum-absorbing producer assistants or day laborers—need respite, some taste of glory, some other way.

Now, over ten years later, I remember the dunks, Robert Horry rainbows, and In-N-Out binges with a nostalgic ache. When I see an old friend’s “Go Lakers!” update, I manage a grin. The Lakers will never be my champions again, but they were for that one year.

In fact, they were perfect.

You can find Jessica Roake in Silver Spring, MD. Her work has appeared at Slate, Salon, The Awl, Splitsider, The Hairpin, Bust Magazine and many other high-quality outlets. Follow her on twitter @jessicaroake.